Watched crank-up on Mezamashi, it's clear that Sho-kun and Kamiki get along well ne ~ They're really so close ~ Love to watch them. I don't know why, but for me, during shooting Kazoku-Game (behind the scene)... also on the dorama...  Sho-kun or Yoshimoto sensei looks like old brother for Kamiki or Sinichi, not sensei for Uragami aka Shigeyuki LOL Of course in my eyes, he's also old brother for Uragami. May be because of... hhmm... somehow he's eldest son in his family and acted together with 2 young men in Kazoku Game, therefore, his aura as the eldest son would come out unconsciously. In addition, Yoshimoto sensei always be in Numata family, so consciously and unconsciously, he has been like a Numata family member in there. Yoshimoto sensei looks like  the eldest son on Numata family XXDDDD 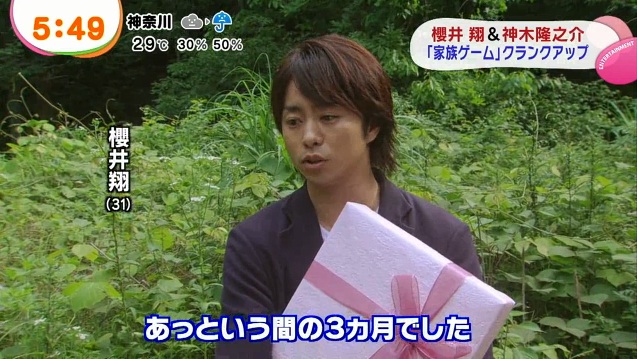 Sho-kun:  We had filming for about 3 months.