Because of Jung Il Woo

Gosh! This post will as my 1st post in 2014, in the end of 2014 which only 2 days left? Hahaaaaa.... seems that I'm so lazy to upade my LJ in this year. It's all because of Jung Il Woo, Korean actor. I think all of you guys, have already know about him right? During this year, I'm really busy with him.... as a new of his fan. Yes! Finally, after so long time, I have one more idol, and my idol isn't from Japanese, but from Korea. After soooo long for time, after have RAIN & Arashi as my idols, of course also with CR7 ( even not an artist, only a football player, but his popularity such an artist LOL) 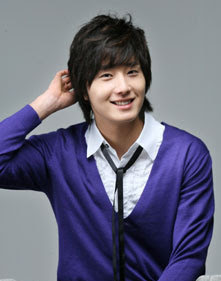 I'll write more about him in the next my post, may be next year XXDDDD.... about why I'm becoming love him as my idol, not only like, but love. Seems that, specially Arashi, has a serious rival in my heart now LOL